How I Became the Font of Ben Mulroney Knowledge

﻿ ﻿ Two years ago, I did a series on this blog entitled "The 30 Days of Ben Mulroney." It was a tongue-in-cheek look at Canada's favourite political son/entertainment reporter, and it was kind of a poke at my good friend, Sam (AKA The Pop Culture Addict). For 30 days in March and April, 2010, I posted all kinds of fun facts about CTV's Golden Boy. I honestly figured no one was paying attention. I was pretty sure my friends were rolling their eyes at me (I'm still pretty sure that they were.)

After the 30 days were over, I really didn't think about it again for a long time. Because really, who spends their days thinking about Ben Mulroney? (Except maybe Ben Mulroney.) Then I noticed that despite the fact that I had all but abandoned this blog, barely posting on it in recent memory, I was still getting hits on the site. I was curious to know what people were looking for, and I was shocked at the answer: Ben Mulroney.

It was vaguely amusing to watch the stats, and see just how many people were interested in his wedding photo. It kind of tickled me in the secret places to know that I had become the "go-to" blogger for all things Ben.

Today, though, I noticed a major upswing in the hits on my blog, and sadly they weren't reading my article about the 10 Things Lindsay Lohan Should Do While Filming in Toronto (which is really too bad, because I think it's some of my finer work!) They were LOOKING FOR BEN MULRONEY! What the heck?!?

Then I realized: Ben Mulroney co-hosted "Live with Kelly" this morning. More than half of the hits came from the US, and at least a few of them were from searches for "Who is Ben Mulroney?"

Ben has invaded the US. God help them all. It's not bad enough that they're plagued with Sarah Palin and Rick Santorum: they need Ben, too?

I'm only kidding, I swear. Despite my good friend's rancor, I harbor no bitter feelings towards Ben. He's doing his thang as the kids say. All of my kidding is done with an affectionate virtual pat on the head.

In the meantime, if you've come across this blog searching for answers to the age old question: "Who is Ben Mulroney?" I'll direct you here where all of the answers lie. Good luck, and God speed!
Posted by Unknown at 12:19 PM No comments:

10 Things for Lindsay Lohan to Do While in Toronto 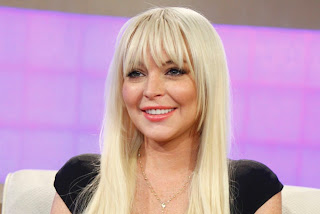 In case you didn't hear, Lindsay Lohan was FINALLY released from formal probation last week, afer what the judge called "the longest DUI case in history" (this all stemmed from a DUI in 2007!) and now she just has to stay on the straight and narrow, without any brushes with the law, for the next 2.5 years.

Shortly after her probation hearing, a work permit was quickly issued for Lindsay to begin work on her new Lifetime movie - a biopic of Elizabeth Taylor.

I'm not going to even get into how queasy this makes me. Instead, I'm going to focus on all of the fun things that Lindsay could do in her down time whilst in Toronto, rather than getting into trouble and ending up back in a courtroom!

9. Casa Loma She'll probably need a very understanding tour guide, though, when she keeps asking where the Prince is.

8. Check Out the CBC Museum Check out all that the history of Canadian television has to offer. Also, if you hang around long enough, Strombo might interview you, and maybe they'll even offer you your own show!

7. Visit Queen's Park She spent time working at the LA County Morgue. She should feel right at home. 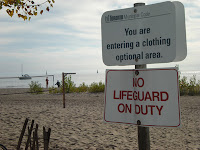 6. Hit the Beach at the Toronto Islands Lindsay's not fond of keeping her clothes on, and neither are most of the other people at Hanlan's Point. It's a match made in heaven!

5. Visit MuchMusic They both used to play music, so it should be a natural fit!

4. Take in the ROM The Royal Ontario Museum has some of the greatest collections in the world. Plus, the mummies there are probably considerably more maternal than Dina Lohan.

3. Go to the top of the CN Tower After all, what better way to see our fine city? She could even try the Edge Walk. Of course, she'd have to pass a sobriety test before going out to see the view, but that's nothing new for LiLo anyway.

2. Shopping in Yorkville That man following you, Ms. Lohan? Oh, that's just Vincent. He's just there to ensure you find everything you need (and pay for it on the way out...)

1. Go to The Courthouse Because if she's looking for a place that she can relax, why not go someplace familiar?
Posted by Unknown at 11:59 AM 1 comment: