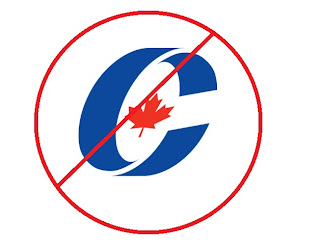 This afternoon I received a phone call that has me... somewhat concerned. It was to do with the election, which is not surprising, given that there is only a week to go.

A very YOUNG girl called here asking if Colin Carrie (our local Conservative candidate) could count on my vote. At the time, because she'd woken me up from a nap and I was worried that she was going to wake up my toddler, I just told her flatly no, that I didn't vote Conservative.

Now that I've had time to think about it though, several thoughts occur to me about this phone call.

A) The call came directly to me, by name (not my husband, and not "Mrs. Hill" which I often get); Dr. Carrie, just because I wrote to you about the potential Quebec violations of the Canada Health Act does NOT make me your supporter. PLEASE take me off your lists! I've already unsubscribed from your preening "Look what I can do!" newsletter.

B) I'm kind of concerned that a girl that young is supporting him. I know some people just SOUND young, but I would be incredibly shocked if this girl was old enough to vote. Is she doing volunteer hours for high school? Does she have ANY idea of the Conservatives' anti-women policies? Is she just there because her parents are going to vote for him?

C) No, no he cannot count on my vote. In fact, I'd suggest exactly the opposite. Oh, wait... I already mentioned that.
Posted by Unknown at 7:17 PM No comments:

It suddenly occurred to me this morning, as I was ranting to my husband about an election issue, that I hadn't used this blog in a LONG time, and, coincidentally, that this blog was originally intended for, among other things, my political rants. Hmmm...

So here's the rant of the day:

I am a Liberal. Not an official member of the Liberal Party of Canada, although I am now seriously considering it, just so that I can yell at whomever came up with this hairbrained idea. But I live in an area that is very much NOT Liberal. The last several elections have had a Conservative win the riding. You would think, given the GM plant, that it would be an NDP area, but I haven't seen much of that. However, back in the days of the Chretien government, my riding was Liberal. It seems that it's kind of a "go with the majority" kind of area.

The last several elections, both provincial and federal, the Liberal Party has run the same candidate, over and over and OVER again. Said candidate, Louise Parks, was a councilwoman on the City Council for many years, until she lost the mayoral election this past year. Said candidate is also a very polarizing figure: you either love her or hate her. I've tended towards the latter, and I believe that the majority of the city feels the same way. Something about her just rubs me the wrong way. Perhaps it's just the feeling that, rather than working for the electorate, she's working for her own political ambitions. Realistically (and somewhat cynically) I think most politicians may be that way, but most of them hide it a little better.

Anyway, the Liberals have dumped Louise Parks this time. Originally, when I saw a lawn sign showing another name, James Morton, I rejoiced in that they had listened to my rants (although, since I never expressed my dismay to the local party leaders, I wonder if they've been bugging my house or something...) 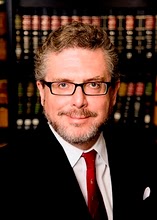 But then I saw our local paper, listing the candidates and their backgrounds, and I knew that the Liberals haven't got a snowball's chance in the eternal fires of winning this riding. The Liberal Party, Oshawa riding, have decided that rather than finding a local candidate, they should put forward a Toronto lawyer who lives in Thornhill, but has "signed a lease" in Oshawa. In other words, they think they've brought in a ringer.

Pardon my language, but WHAT THE FUCK?

They honestly don't believe that there is a single qualified person anywhere in the city of Oshawa who could put up a fight for this Parliamentary seat? I believe that Whitby tried this in the last election, and it failed miserably. Oshawa people, if they actually read the news, will NOT be happy about a person who knows NOTHING about Oshawa being brought in to potentially represent their interests. Oshawa is a totally different kind of city - truthfully, it's one of the things that I like about it. Despite being a part of the GTA, it isn't Pickering, or Ajax, or Whitby, and it sure as Hell isn't Thornhill.

I will say that I'm sure he's perfectly qualified to be an MP. Reading about him on the website I'm not totally unimpressed, I'm just frustrated to be backing another sure loss.